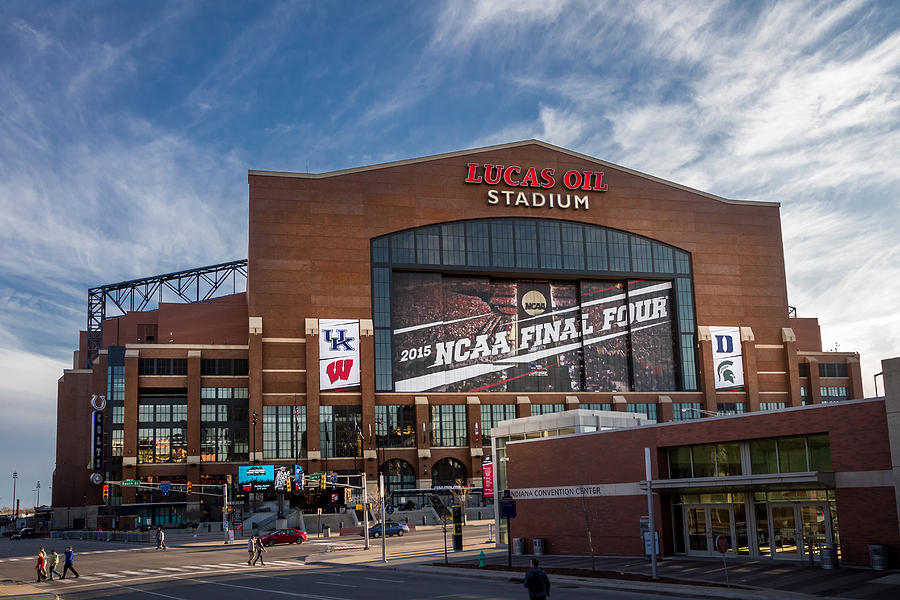 Lucas Oil Stadium is a state-of-the-art retractable roof, multi-purpose facility seating over 67,000 fans. Opened in 2008 as home of the NFL's Indianapolis Colts, this facility boasts an impressive resume being named the 2009 Sports Facility of the Year by Street and Smith's Sports Business Journal and having their Field turf ranked as the NFL's best artificial surface in 2009 and 2010. Lucas Oil Stadium hosted the inaugural Big Ten Football Championship Game in 2011 and Super Bowl XLVI in 2012. The NCAA Men's Final Four returns again in 2015 after the Stadium hosted the event in 2010.

Lucas Oil Stadium's unique features include its flexibility in design and accommodation of diverse events including concerts, conventions, trade shows, and tournaments. The seven-level stadium has more backstage space than any other NFL stadium including seven locker rooms, 11 indoor truck docks, 45,000 square feet of exhibit space and 12 meeting rooms. When opening the north operable window combined with the largest retractable roof in the NFL, it truly gives the spectator the feeling of being outdoors.