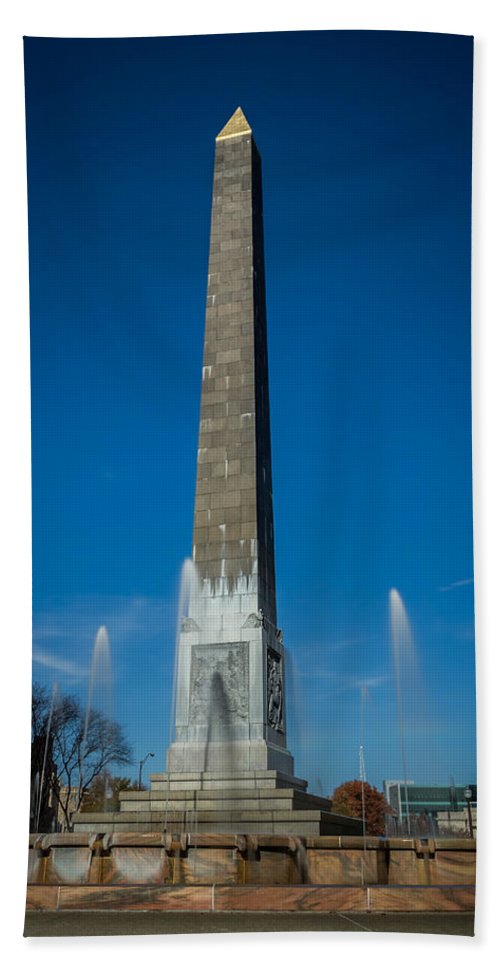 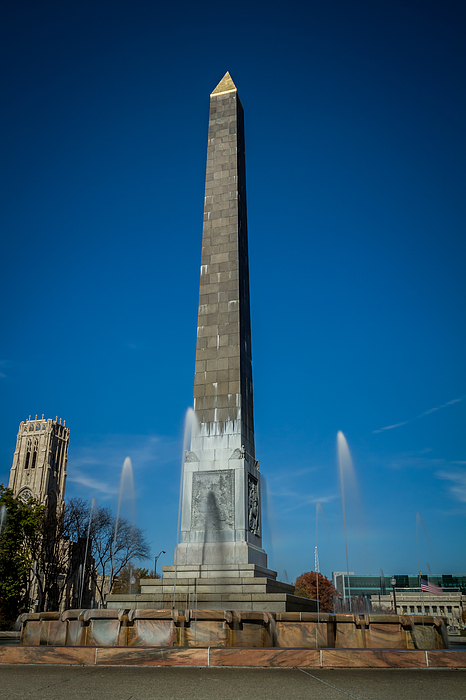 Decorate your bathroom and dry yourself off with our luxuriously soft bath towels and hand towels.   Our towels are made from brushed microfiber with a 100% cotton back for extra absorption.   The top of the towel has the image printed on it, and the back is white cotton.   Available in three different sizes: hand towel, bath towel, and bath sheet.

Superb image, Ron! Congrats to you and to your buyer!

Centrally located in the seven block war memorial district listed as a National Historic Landmark, the Veteran's Memorial Plaza honors all Indiana veterans. The centerpiece is an Obelisk that reaches 100 feet. It was constructed out of black Berwick granite in 1930. This piece symbolizes the nation�s hopes and aspirations. At the base of the Obelisk are bronze tablets that share the 4 essential elements of the nation�s hopes; law, science, religion and education. This Obelisk is why the Plaza is also knows as Obelisk Square. A 100-foot diameter fountain made from pink Georgia marble and terrazzo surrounds the Obelisk. When the plaza was completed, the majority of it was paved to accommodate large gatherings, and serve as a dedicated space for the 50 state flags. In 1975, during the City�s Bicentennial celebration, some of the paving areas were removed and replaced with lawn and landscaping as a part of the celebration�s beautification efforts.